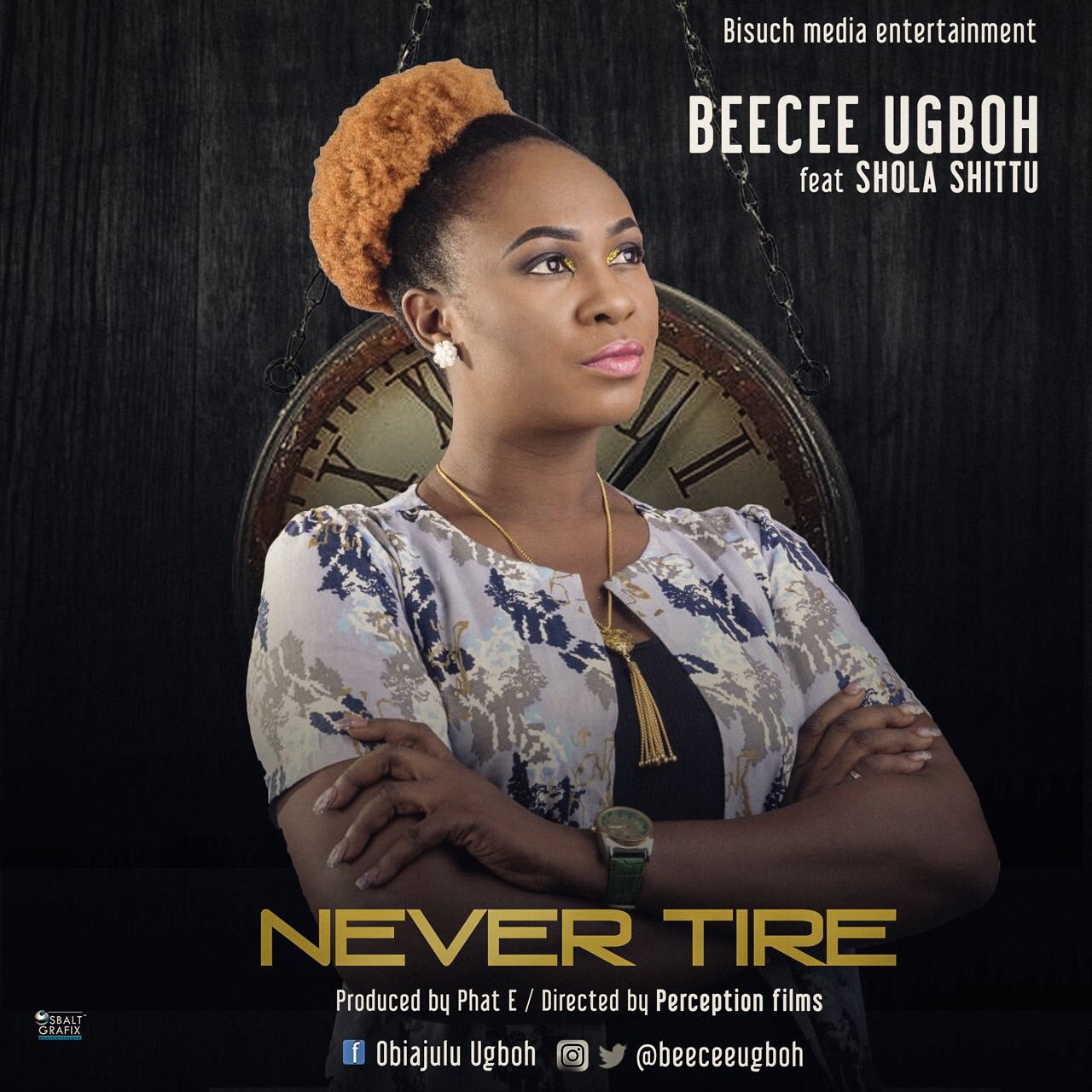 BeeCee Ugboh Is Indeed one of Nigeria’s Fastest Growing Female Rapper, She is a kingdom hip hop recording artiste who raps with a blend of English and ibo. She is also a Song writer, whose real name is Obiajulu Olabisi Ugboh ; a graduate of political science from delta state university. She already calved a Niche for her style of Music Called ” ENGLIBO”

BeeCee Ugboh started her career in music in 2011 after which she was nominated for Next rated Category at The Nigerian Gospel Music Awards 2012 ( NGMA); She Won The Next Rated Exclusive awards for Best hip hop and best collaboration song in 2015 with the song “I GAT FAITH” featuring OBIWON, She also won Top Naija Music Award ” Best Gospel Video 2015.

BeeCee Ugboh is becoming a Household Name world wide due to her versatile approach and style of Music.

The ENGLIBO rapper is Out again with an Inspirational Rap song titled ” NEVER TIRE ” where she featured Shola Shittu; Produced,mixed and mastered by Ace Producer “Phat E”