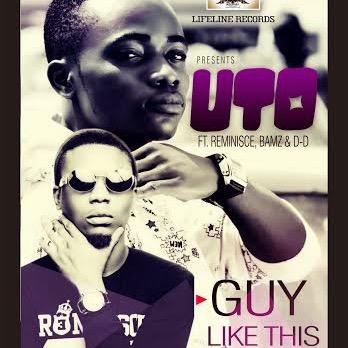 Uchenna Louis a.k.a Uto, Started his musical career in 2004, professionally in 2010 after been groove and trained at various top Competitions in Nigeria like

Project Fame, Nigerian Idol and Peak Season 3. In 2012. won the TOPNAIJA MUSIC AWARD as the promising artist of the Year with his high-life single dropped that same year titled Imaramma.

Uto has moved on in working with other great artists in the Industry both known and fast rising upcoming ones.

Early 2014 uto was signed under a Label called (LIFELINE RECORDS) and later the same year dropped a single (GIVE IT TO ME) that create an inch for him in the music Industry where he was able to move the song viral.

Now bringing another hottest single which he featured ALAGA IBILE (Reminisce) + Bamz and Double Dee titled (GUY LIKE THIS).