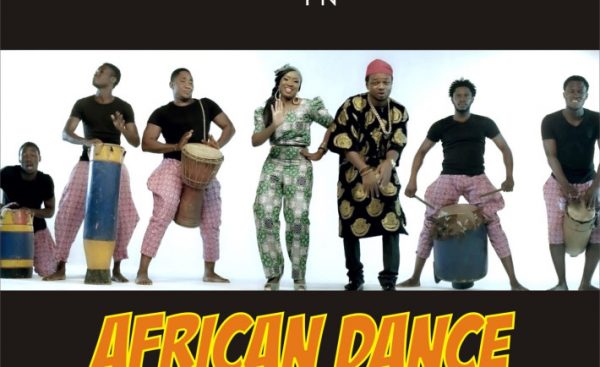 After a successful album and video release party over the weekend, Wahala Media Entertainment has just released the exciting video for the new single, “African Dance” from Nikki Laoye’s second studio album, The 123 project.

Celebrating the beauty of modern African Dance and promoting unity for all African countries, tribes and cultures, the 2014 AFRIMA winner teams up with her brother/producer, Xblaze to deliver another masterpiece collaboration with an array of colorful Pan-African costumes, creative choreography and captivating cinematography.

Scripted by Nikki Laoye herself with choreography by Temisan Ikomi of Alien Nation Dance Crew, the video was shot on location in Lagos,Nigeria and directed by award winning video director, Frizzle and Bizzle Films.

This is the second collaborative single by the unique brother/sister duo as they had earlier dropped the radio single, “Your Number”, a major dance hit with massive airplay since its release in February 2014.

Nikki Laoye is a multiple award winning singer, songwriter, radio host and humanitarian from Nigeria with a collective win of 9 awards since her muscial comeback in 2013 with the hit singles, “Only You and “123” including the 2013 Headies Best Female Vocal Performance and 2014 AFRIMA Award for Best Female in African Inspirational Music.

Xblaze is a multi-talented producer and singer/rapper with hit singles – “All I Do is Win”; “Vortex” and hit productions such as ModeNine’s Muzik Lives, Nikki Laoye’s 123 & Taka Sufe and many more. He was also one of the in-house producers for the 2013 GLO X-FACTOR music reality show.

African Dance is bound to become a global favorite in no time.”