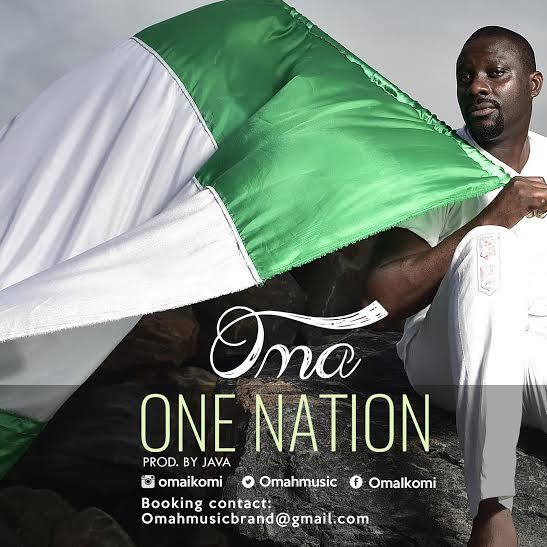 Oma, the voice behind the popular Fuji House of Commotion, releases the national theme song titled ‘One Nation’ to celebrate Nigeria at 55.

The over a decade Voice over Artist for notable brands like Amstel Malta, MTN and MNet’s Barbers Wisdom exploits the richness in our uniqueness as a Nation, with bountiful natural resources and celebrates our cultural heritage.

‘One Nation’  is a melodious danceable song that relates to the nation’s current mood, as we are on the path of restoring our lost glory.

The Video was directed by  James Iroha, with Cameo appearances by Emeka Smith, Uduak Akrah, Obi Somto and other celebrities.