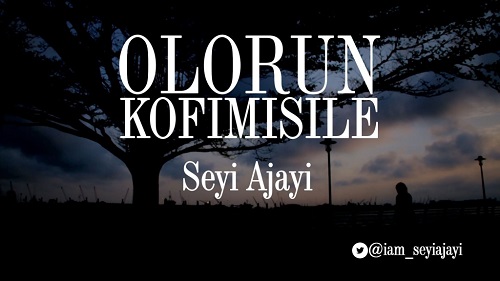 Oluwaseyi Kehinde Ajayi, known by her stage name Seyi Ajayi, is a Nigerian Soul Singer and Song writer. She hails from the western part of Nigeria, precisely Ogun state.

She’d always had a flair for creativity so it wasn’t surprising when she began singing at a tender age. She started out her career with an acapella group of five called “cymbals of fire” and then later went on to work with some big names in the music industry like Sunny Neji, Ron Kenoly, African China, Keffe, and others before proceeding to release her debut single titled “Iwo ni”.