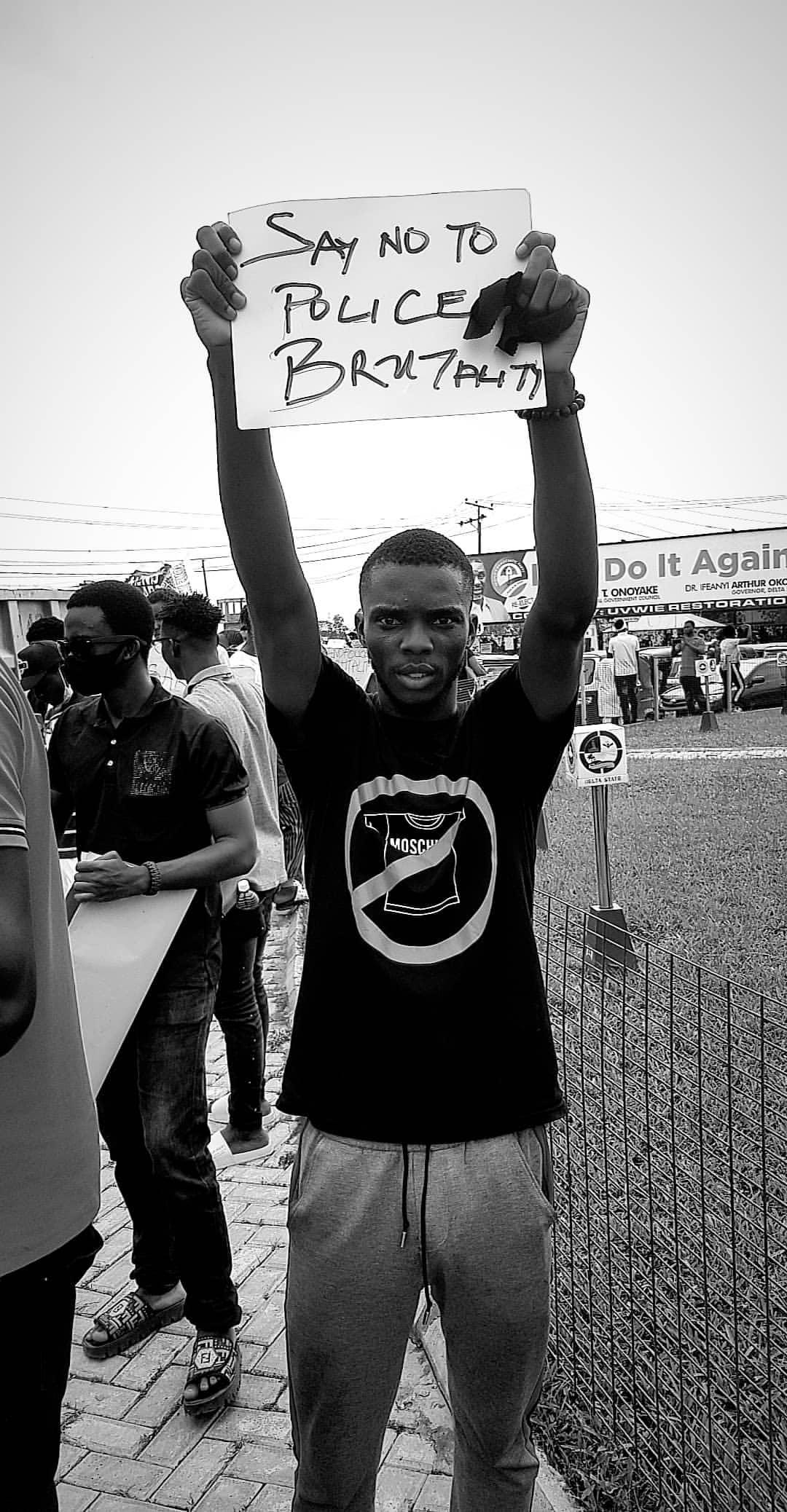 The Ghana based Afro-fusion artiste who has always been a loud voice clamoring for a new Nigeria; alongside other courageous young Deltans against all odds continued with the planned protest even though speculations were widely spread of a possible violence. 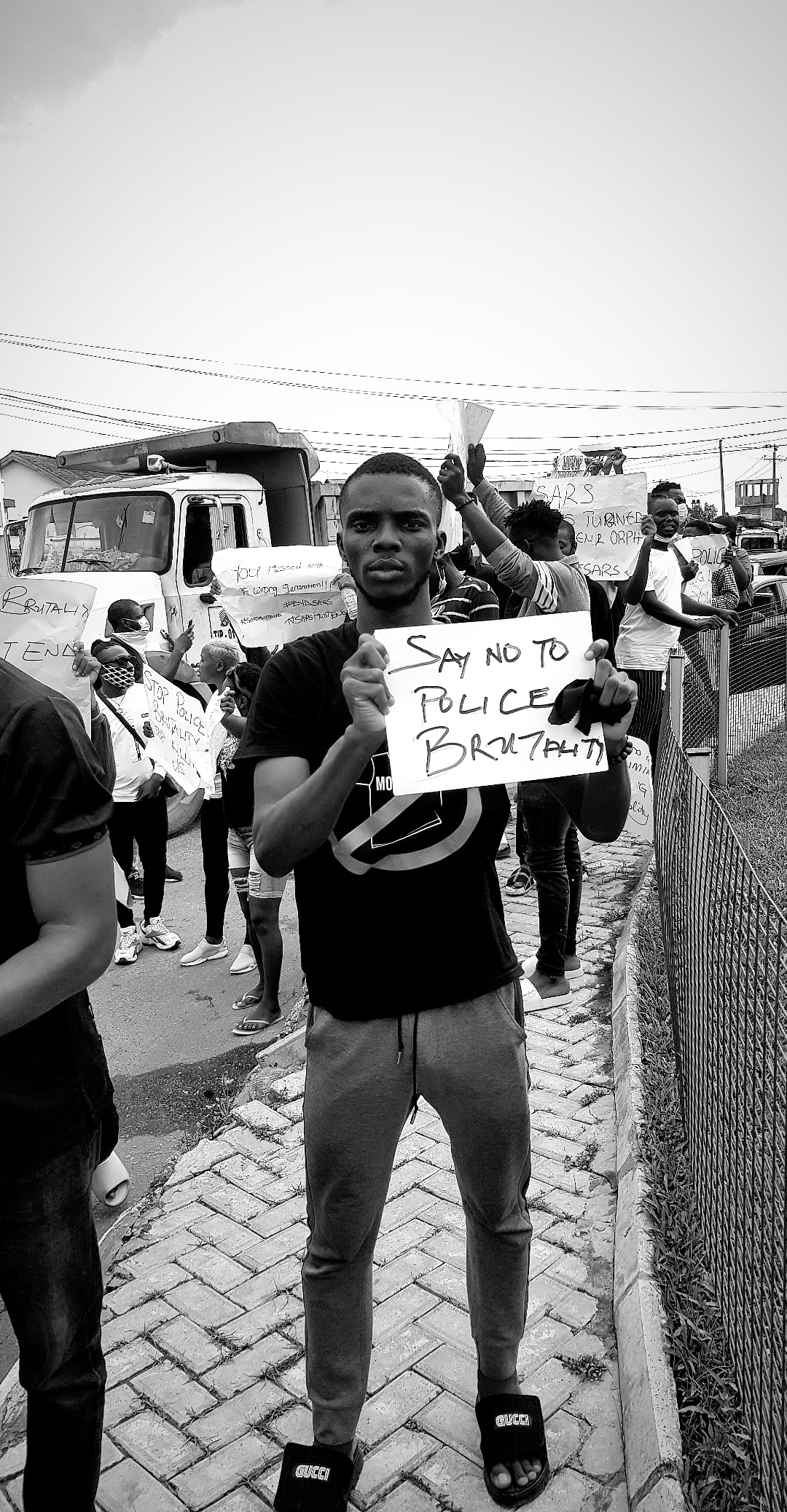 #EndSARS protest is an ongoing nation wide protest by young Nigerians against a police unit named Special Anti Robbery Squad (SARS) notorious unlawful operations and extortion. The protest which has grown viral outside the shores of Nigeria and currently being followed by international media has metaphorsed into a protest against police brutality and total reformation of the Nigerian state.