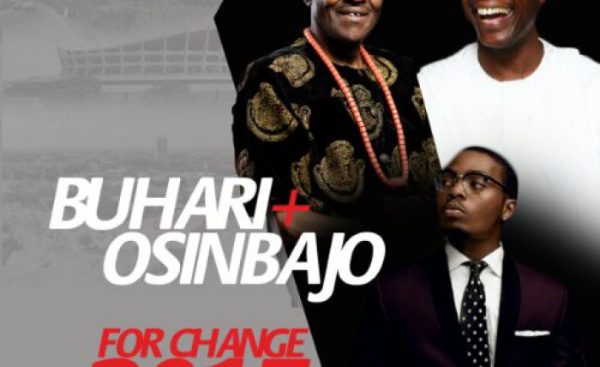 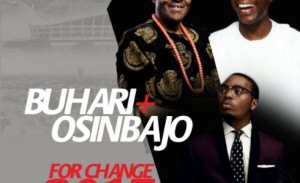 “YBNL boss, Olamide has taken his campaign and endorsement of the opposition party in Nigeria, theAll Progressives Congress (APC) to another level.

The indigenous language rapper has featured on a couple of theme songs for APC and its candidates already but has now recorded a song of his own to endorse Muhammadu Buhari and his running mate, Yemi Osinbajo.

The first song is titled ‘APC Ese’ (Thank You) while the second is titled ‘The Change We Want’.

THE CHANGE WE WANT