Top 10 Nigerian Emerging Artistes to Watch Out For in 2019 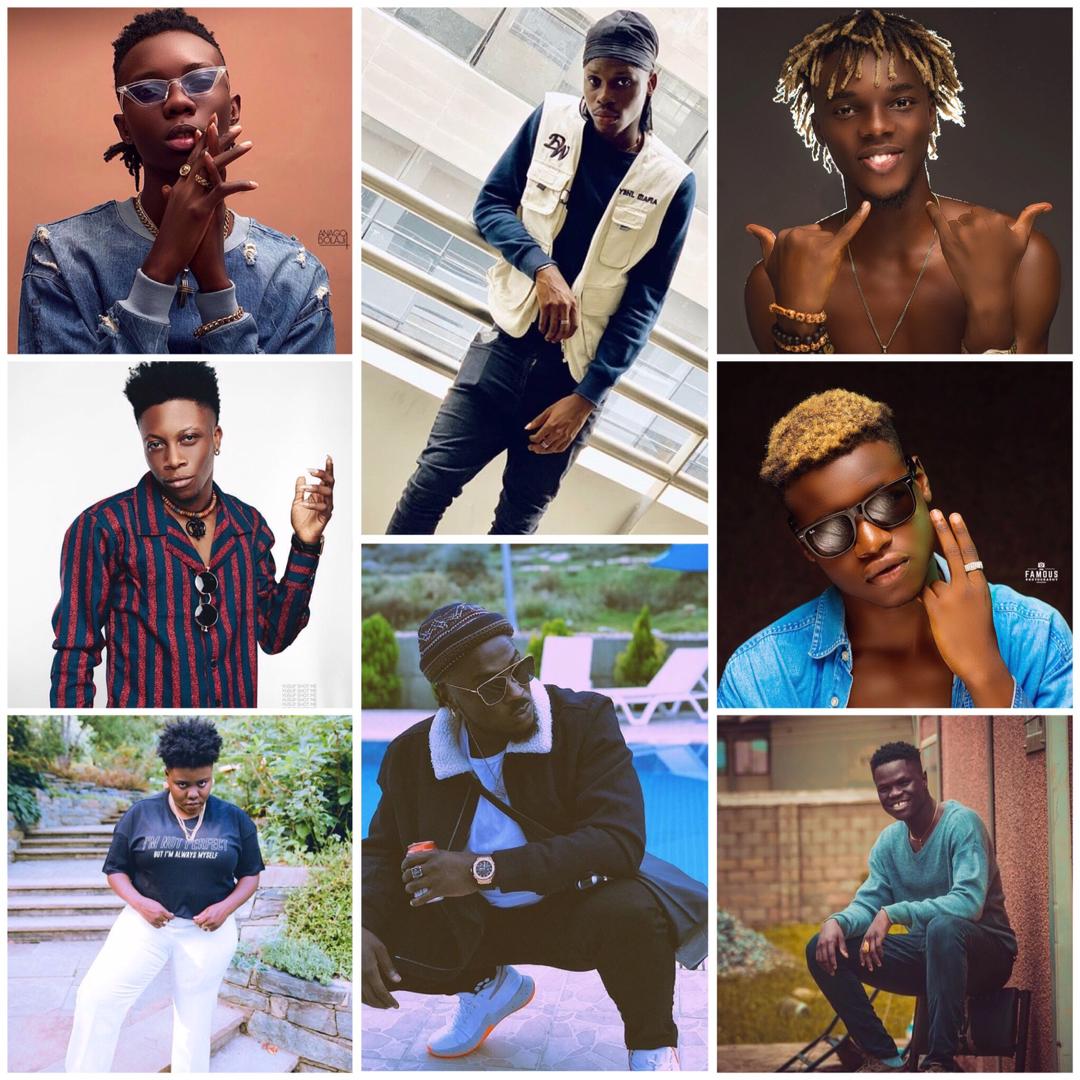 2018 no doubt, was yet another great musical year in Nigeria. Ranging from
controversies like the ever unending comparisons and rift between Wizkid
and Davido, to Wizkid and tiwa savage’s rumoured romantic relationship
which they did very little to dismiss but fueled, to release of hit singles
like Davido’s Assurance, Olamide’s Motigbana and science student, Burna
Boy’s Ye, Gbona and on the low, Starboy’s Soco and fake love which kept the
music scene buzzing through out the year.

Judging by the instant acceptance and successes of hit singles like Case by
Teni and wetin we gain by Victor AD which largely shaped 2018, one can
effortlessly agree that 2019 could be the year for more breakout artists in
the Nigeria music scene.

10. Blaqbonez
For staunch hip-hop lovers, Blaq has been on the scene for quite a number
of years, but it was not until the release of his Bad Boy Blaq album in
2018 which was a fair success, did the rapper start getting the attention
he deserves.

With the outcry of Nigeria Hip Hop lovers of the death of real Hip Hop in
Nigeria, they can look up to Blaqbonez as the unpromised messiah that will
save Nigeria hip-hop and deliver a bright future to its lovers.

9. Oxlade
Boy Ox is yet another testimony of the power of social media. The
sensational singer has garnered a fair share of loyal fans from wooing
music lovers on instagram with juicy videos to his beautiful singles.
Having recently bagged a music deal with Davido’s DMW, there’s much to
expect from the singer in 2019.

8. Fireboy DML
Fireboy though already discovered and signed to Olamide’s YBNL label, the
singer got into the radar after his single featuring Oxlade, sing, had
fairly gone viral much thanks to the little hype by Davido.

The sonorous singer however had been the center of discussion and latest
revelation after the release of the YBNL mafia family album.

7. Verse6ix
The reggae soul act over the years, has managed to carve out a unique niche for himself. With successful releases like On and on and most recently Long time, the Abuja born act surely has a promising future having bagged a nomination at this year’s Top Naija Music Awards.

Maybe Verse6ix might just churn out a whole new wave with the way he blends reggae soul music into any kind of tune.

Want to listen to something out of the norm? Listen to Verse6ix

6. Oga kizito
Is there a more hardworking emerging artist than Oga kizito?
With release of loads of singles (officially and unofficially) in 2018, the
Afro fusion artist ended the year on a high note with release of a smashing
single; blo blo, which has enjoyed fair success and much airplay mostly in
the south side where the singer is mostly known.

Maybe 2019 is just the year for the singer who is arguably the biggest
singer in delta state right now.

5. Timz
Judging by the huge number of streams the singer amasses on international digital platforms, One can calmly say Timz is one of the biggest emerging acts in the country right now.

From jumping on a cover of starboy’s soco to release of smashing singles
like alcohol, number 1 video, ending the year with release of his check and
balance single on Christmas day, and with a forth coming single with
starboy terri, the singer doesn’t look like he’s slowing down any time soon.

4. 1da banton
1da has had a successful year after his single, way up, was constantly
featured on Big Brother Nigeria reality TV show as its theme song.

The singer/ talented producer rode on the wave with release of juicy
singles like Jowo and African woman which enjoyed their own fair successes. One can only hope for more goodies from the squareball signed artist. 1dabanton never disappoints.

3. Peruzzi
How many emerging acts can boast of the number of A list features Peruzzi
bagged in 2018? The singer not only sang his way through to the top and the hearts of music lovers but also bagged numerous award nominations for his contributions to many smashing singles that swept throughout the airwaves.

Ending the year with release of his much awaited heartwork EP, the singer
is surely a force to be reckon with this new year.

2. Victor AD
Wetin we gain by Victor AD was not only an instant hit upon his release but
was one of few songs that many accused of being the cause of the rise of
ritual killings in the country. One can say the song’s lyrics was largely
misunderstood, still, this does not take away from the success wetin we
gain enjoyed.

With release of logo Benz by Lil Kesh featuring Olamide, Victor AD can
boast of being an inspiration not only to emerging artistes but top acts
too.

There’s so much more to expect from the singer following the release of his
No Idea video.

1.Teni
Teni the entertainer! Who dares being more more entertaining?
From serenading freestyle videos on instagram to release of smashing hit
singles that wouldn’t stop playing from one radio station to another, every
street, every party, every mix.

2018 has sure been a successful year for the singer who had just burst into
the scene.

Is there an award where Teni does not have a single nomination?

Her recent single, Uyo Meyo, is every shade of beautiful, not to mention
her hit single case which does not look like will stop playing on the
airwaves anytime soon.