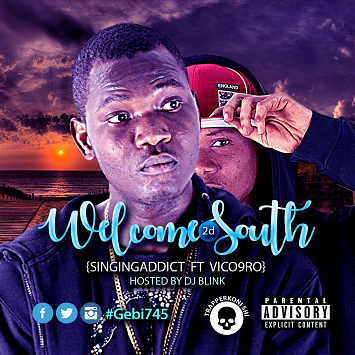 On the 1st of September 1989, a star was born To the Salo family in Yenagoa Bayelsa State.  He was named Ebimobowei, which literally means “Man Wey come with good things”.

Better known by his nickname, “SingingAddict” is a Rapper Trapper that does Southern “hip hop” songs only. A subgenre of America hip hop” music that emerged in the southern United states. He attended Government Comprehensive Secondary Sch, Tungbgo Bayelsa State, From 2004 to2010, then furthered his Studies to the “Niger Delta University where he read Electrical Engineering.

Here is a hit single from his forth coming “Southern Mixtape, De Genesis, titled welcome 2d South” ft Vico9ro,
Hosted by Dj blink. Download and have a feel.